2016 Highlights: The good, the bad and the uncertain

From major international events such as the Brexit vote (yes Brexit had a major impact on fashion) and Donald Trump’s election, to award ceremonies, fashion shows, the growing use of African fashion in music videos, and the passing of a global fashion icon, the 2016 fashion industry has seen many highs and lows. Care to take a walk down memory lane?

The global fashion industry was thrown into a state of chaos and uncertainty when the U.K. voted in favor of Brexit. Why? To sum it up it’s because the fashion industry is a VERY global and mobile one. The UK relies on interns, manufacturers, contractors, designers etc from all over the EU and other parts of the world. For Africa, this would mean barriers to our exports of footwear, fabrics, apparel etc. For more on the impacts of Brexit on fashion, see this article by elle.com. Similarly, one of the major concerns about the outcome of the US presidential election was the impact of Trump’s proposed policies on the global fashion supply chain.

However despite all the shocks that faced the general industry, there were several great and memorable stylish moments this year. 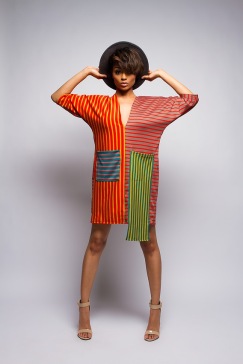 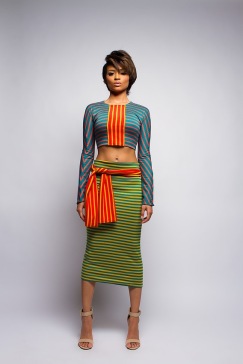 And let’s not forget Beyoncé’s internet breaking moments with her African inspired music videos. Her visual album “lemonade” was an ode to women, African culture and black empowerment.

Other celebrities celebrated African style in their music videos as well.

Sekayi, of MaFashio, was chosen as one of the 10 breakthrough fashion talents for the Business of Fashion’s “Future Voices” competition. This is an amazing feat considering that there were hundreds of applicants globally and Sekayi was the only African winner. BOF Voices enables the winners access to global talents, opportunities and big thinkers in the industry.

Finally, we closed the year with the unfortunate passing of Franca Sozzani (Vogue Italia’s editor-in-chief). For almost 3 decades, Sozzani led the Italian powerhouse and supported many African brands in their rise to global domination. Because of her work with the Ethical Fashion Initiative, brands such as Studio 189, Christie Brown, Ameyo, Duaba Serwa, Orange Culture and others gained priceless mentorship and opportunities to showcase their brands and sell in Milan, London and New York. RIP to a legend.

So here’s to the year ahead. May 2017 be filled with greater leaps forward, better opportunities and continuous growth!

Pictures in header image are from styledbyrida.com, Dpipertwins.com, Ara Kani and Caesar Couture.